In The Footsteps Of Phyllis 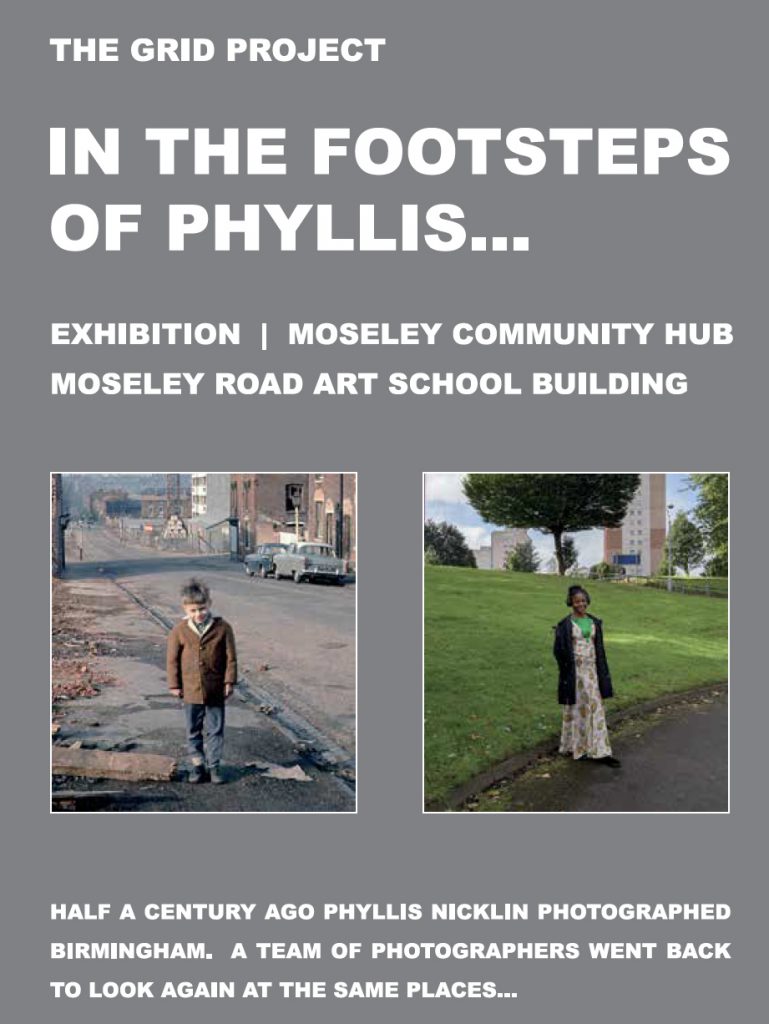 Half a century ago Phyllis Nicklin photographed Birmingham. A team of photographers went back to look again at the same places.

Between April and December 2017, a team of 71 photographers took 863 photographs of Birmingham. The locations for these photographs were determined by the places that Phyllis Nicklin photographed between 1953 and 1969.

Around half a century on, the Grid Project paid homage to this amazing woman’s work. It had been a decade since the first Birmingham Grid Project. Previously we had used maps to determine arbitrary locations for photographs: this time we decided to follow in her footsteps.

You can find out more information here.